15 Popular Tourist Attractions in Japan- Japan is a developed country and has a high culture. The community is famous for its hard work in everything. The automotive and rail industry is growing rapidly, so it is exported to share the world. In the world of tourism, beautiful places with cherry blossoms, ancient temples and Japanese royal buildings are interesting tourist attractions to visit.

Japan has 4 seasons where seasons occur every 3 months. These seasons really determine our visit to Japan later. There is spring (haru), summer (natsu), autumn (drums) and winter (fuyu). Spring usually begins around March. This should be taken into account if you are going to Japan.

The first tourist attractions in Japan start with the Okinawa Churaumi Aquarium. This tour is the largest aquarium in Japan that features the attraction of Kuroshio Tank, a giant aquarium where visitors can observe marine life through the available tunnels. In addition to the giant aquarium, there is also an outdoor swimming pool that often displays performances of marine animals such as dolphins and sea lions.

Mount Fuji is a must-see Japanese icon, this mountain is the highest in Japan. Usually, Japanese films make Mount Fuji a background that adds to the beauty of the background. This mountain has become Japan’s most famous tourist site and it is a pity to miss it.

This mountain has a height of 3,776 meters (12,388 feet). An estimated 200,000 people climb Mount Fuji each year, 30% of them foreigners. This climb can take between three and eight hours and the descent, between two and five hours. Mount Fuji is located between Yamanashi and Shizuoka and if it is sunny, you can see it from Tokyo and Yokohama. Another way to enjoy the beauty of Mount Fuji is to take the train from Tokyo to Osaka.

To get a close-up look at the beauty of Mount Fuji, you can climb it. There are five beautiful lakes above a height of about 1,000 meters above sea level. The five lakes include Yamanakako, Motosuko, Saiko, Shojiko and Kawaguchiko.

In addition, there is a rest area, Fujigoko, which offers hotels, campgrounds, fishing ponds, museums and hot water baths.

It is one of Japan’s interesting tourist attractions. You can see a herd of monkeys bathing every day of the year. Although these monkeys soak every day of the year, the best time to come is during the winter season, from December to March. At that point, the white snow around the bath will add to the beauty of the photos you produce.

How are you interested in seeing this unique show that is very expensive to miss? Jigokudani Monkey Park is a well-known hot springs area near Nagano. The name Jigokudani (meaning “Hell Valley”) comes from the fact that steam and water bubble and emit frozen soil bubbles, surrounded by steep cliffs and cold forests. Tourist attractions in Japan are famous for their large population of wild snow monkeys who travel to the valley in winter, when snow covers the park. The monkeys will descend from steep cliffs and forests to sit in warm water and return to the forest at night.

The Golden Pavilion Kuli Buddha is the most popular in Japan. This temple is always crowded with tourists from various countries, including Indonesia. This tourist spot is also known as Kinkakuji and Rokuonji. Previously, this temple was the resting place of Ashikaga Yoshimitsu after his retirement.

The golden pavilion is distinguished by its golden roof. In addition to admiring ancient traditional Japanese architecture, you can also enjoy a hot tea at the Tea Garden in this tourist area. there is also a souvenir shop typical of the golden pavilion.

Zoorasia is a tourist site in Japan that needs to be visited. You can see different collections of animals from different countries of the world. Zoorasia Zoo is the largest in Japan.

Tourist attractions in Japan are divided into several areas, including the Japanese countryside, Surbatic forest, Asian rainforest, Amazon jungle, etc. Among the many animals that are part of the collections here, some of the favorites of visitors are elephants, polar bears and black bears.

Here you can also enjoy delicious culinary-style restaurants in Zoorasia. For children, there is an interesting playground with animal concepts to try.

This zoo is very expensive to miss.

The culinary attractions in Japan not to be missed are the Yokohama Raumen Museum. For lovers of Japanese movies, of course, you know the name Raumen noodles or ramen noodles, especially if you are a naruto film lover, you should know this product well.

To enjoy it, you can come to the Yokohama Raumen Museum.

The films Doraemon and Nobita have become one of the legendary caricatures in Japan and even in the world. The film about the friendship between two cartoon characters, Doraemon and Nobita, is very popular with children, even adults.

You can see directly the different collections of characters from the film Doraemon at the Fujiko F. Fujio Museum. Inside the museum, there is a kind of diorama in which the statue of Doraemon and his friends pose in a room already very familiar to his lovers, such as that of Nobita and the playground with three large pipes. In addition to Doraemon, the museum also features another Fujiko F. Fujio character, P Man.

Here, there are also culinary attractions that we can try. The food menu is also Doraemon themed. You can order dorayaki cakes and various other foods decorated with Doraemon’s face.

We are certainly no strangers on behalf of a city that witnesses the atrocities committed by the United States in the world. The city testifies to the enormity of the atomic bomb dropped by America in Japan. The city was once a center of business and politics and was bombed with an atomic bomb in 1945.

Now this city has returned to its original state, the heart of its life has stretched again and it has become one of Japan’s must-see tourist destinations. In Hiroshima, a monument was built to commemorate the life of an atomic bomb on an area of 120,000 square meters. The large park surrounded by multi-storey buildings is one of the favorite places for locals to spend their holidays. Here you can still see the remains of buildings that are still standing after being bombed, including the dome of the atomic bomb.

Every year, on August 6 at exactly 8:16 p.m., a memorial service is held here. This warning begins with a moment of silence and speech. In addition to local residents, many foreign tourists also come to join the commemoration.

The location is located at 1-2 Nakajimacho, Naka-ku, Hiroshima 730-0811, Hiroshima Prefecture.

It’s time to visit the entertainment venues in Japan, Disneyland. Disneyland is one of Japan’s tourist attractions, teeming with tourists going on holiday to Japan. Here we can enjoy various game rides with the themes of the movies produced by Walt Disney.

This tourist attraction is the first Disneyland built outside the United States and officially opened in 1983. Tokyo Disneyland is divided into seven main areas: World Bazaar, Tomorrowland, Toontown, Adventureland, Westernland, Critter Country and Fantasyland. Each of these areas has its own characteristics.

For those who bring children, Toontown is the right area. Here, children can enter the disney cartoon city. They can visit Mickey Mouse’s house or play on Donald Duck’s boat. To make purchases, you can enter the World Bazaar. The area at the entrance is suitable for shoppers and culinary tourism enthusiasts. The building was designed to resemble America in the early 20th century.

Tokyo Disneysea is divided into seven main areas, namely: the port of Meditteranean, the mysterious island, the mermaid lagoon, the Arabian coast, the Lost River Delta, the Discovery Port and the American waterfront. One of the most interesting is the Mediterranean port. Here you will be invited to visit a gondola in Venice, Italy. For those who love adventure, try to enter the Arabian coast. Sinbad will take you to discover the palace and the sea that surrounds it.

This tower is an icon of Tokyo. In reality, this tower functions as a communication tower, but this tower is now one of Japan’s tourist attractions not to be missed.

Visitors can climb the tower to enjoy stunning views of Tokyo and its surroundings, as well as shops and restaurants. The Tokyo tour is therefore one of the most popular tourist attractions in Japan.

Himeji Castle is a historic tourist site in Japan not to be missed. This castle was built against the enemy in feudal times, but it has been reformed several times over the centuries and reflects different periods of design. This castle survived the bombing of World War II and the castle is often seen in domestic and foreign films, including the James Bond film “You Only Live Twice”. White exterior and strong design that looks like a bird that will fly.

This castle is always crowded with tourists to take a vacation and enjoy the grandeur of the building and admire the landscape that surrounds it.

In Japan, there is also a very famous Buddha statue. The Great Buddha of Kamakura is a colossal representation of The Amida Buddha, one of Japan’s most famous Buddhist figures. The large bronze statue of Buddha is located at a height of more than 13 meters and weighs nearly 93 tons.

This statue dates from 1252. Although originally housed in a small wooden temple, this large Buddha statue is now open because the original temple was swept away by the 15th century tsunami. Tourist attractions in Japan are often crowded with local and foreign tourists.

Japan also has a temple. The Kiyomizu-dera Buddhist temple is one of Japan’s favourite tourist destinations to visit. This historic building is located in the east of Kyoto and dates back to 798. A waterfall in a room flowing from the outside of the river makes this temple very harmonious with nature and is not a single nail used in the construction of this temple.

Local residents use this temple as a place of demand, in a fairly extreme way, that jumps from the edge so that their wishes can be fulfilled (with a survival rate of 85.4%). exposed without risking lives and limbs.

The construction of the Todaiji Temple is proof of the progress of Japanese architecture. The largest wooden building in the world is also the largest house in the world for a bronze Buddha statue. Surrounded by beautiful gardens and wildlife, the Kegon Buddhist School is also centered here and with good reason, as it plays an important role in the many Japanese and Buddhist historical artifacts.

In this tourist spot in Japan, you can see deer wandering in the park, as these animals are allowed to roam freely as messengers of the Shinto gods. The Todaiji Temple is one of the tourist destinations in Japan that is full of tourists from various countries. 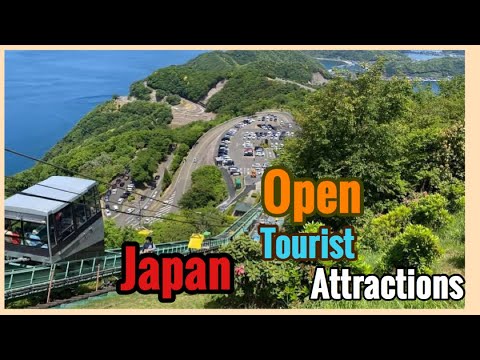 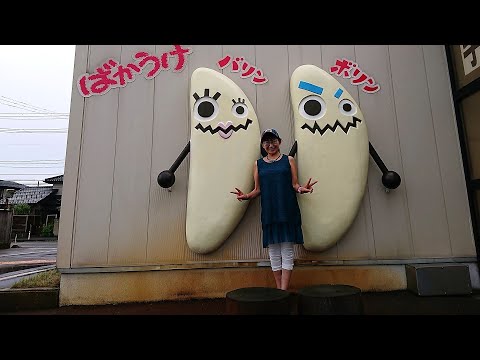