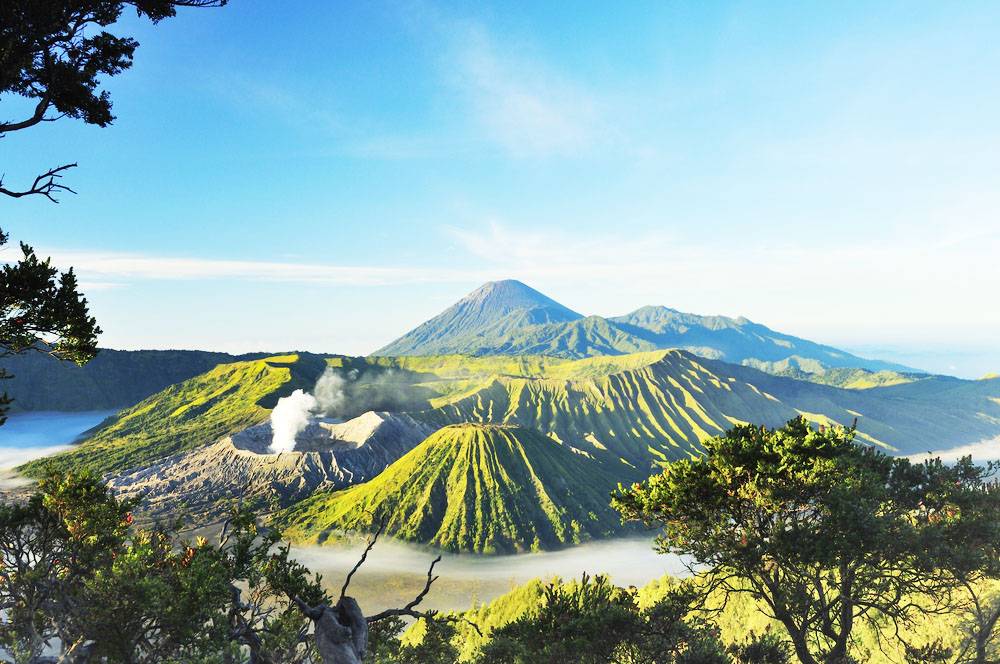 The Golden Line of Indonesian Tourism: Bromo-Bali-Lombok. Tourism is one of the important sectors for a country. For when the tourism sector is growing rapidly it will  have  a  positive  impact.  One  of  the  positive  impact  of  increasing  economic  growth.  With  the development of the tourism sector would indirectly introduce cultural diversity in the country.

According Joyosuharto (1995), the development of tourism has three functions:

In line with Pendit (1990), tourism is able to generate economic growth because it can provide jobs, stimulate various sectors of production as well as contributing directly to progress in efforts to manufacture and repair of ports, highways, transportation and encourage the implementation of hygiene and health, cultural facilities projects, environmental protection and so on which can provide both profits and pleasure travelers to the local community well beyond. (Pendit in Soebagyo 2012)

Indonesia is one of the most wonderful countries in the world. Located in equator zone make these countries consist of 80% of trees which called as ‘Zamrud Khatulistiwa’ in other words is emerald in equator. So many things that can make Indonesia become a special country with all of the natural beauty also rich of the culture. With those specialities, of course it could make Indonesia to be a country which could develope their economy based on tourism, influencing the domestic and the macro economy.

Among the wealth of Indonesia’s tourism, there are three provinces that well known about their tourism, East Java, Bali, and West Nusa Tenggara. This three provinces create the golden line of Indonesian tourism in south of Indonesia. In East Java, there is Mount Bromo, which is the most beautiful mountain in Indonesia. In Bali beside of the pretty beaches, there are also the villages which is not only gorgeous but also the village that still keep their traditional culture for generations till now. Last but not least is West Nusa Tenggara, there is the unique and pretty rare beach with pink colour of its sands.

Here we presenting a result of Indonesian creative economy research related to tourism scope. so we hope it could be one of the brilliant solution of Indonesian economics matters. also to increase of  economy condition of that three golden area. at least to add the tourism place reference for International tourist.

Bromo  Tengger  Semeru  National  Park  is  located  in  four  administrative  areas.  There  are  Malang, Pasuruan, Probolinggo and Lumajang. Mount Bromo and Mount Semeru is the most favourite places in Bromo Tengger Semeru National park. Mount Bromo has been catagorized as the 3rd best spot to see the sunrise in the world. Beside as the beautiful place to see sunrise, Mount Bromo also have another must visit place like Sand of Sea and historical site like Hindu Temple called Pura Luhur Poten which is used to held a religiuos ceremony for tenggerese people.

Besides pestaraya bromo , Jazz Gunung (mountain jazz music performance) has also held on 21-22 June. Jazz Gunung is an international music show featuring the ethnic composition of jazz, held every year in the mountains at an altitude of 2,000 meters above sea level, on the outdoor stage, roofed a beautiful natural background sky – a harmonious blend between music, nature, and human. Natural Bromo Tengger and with all the people and traditions surrounding the spirit that houses the main musicians and visitors. The wind , the air is cool , fresh air , the smell of grass , dew , clouds , blue sky , animals , and of course Mount Bromo itself, become an integral part of the presentation of the artist . They become part of the music itself. Nature becomes a beautiful orchestration. It is the totality of jazz and nature. Jazz Gunung is not jazz that is confined within a physical partition or a magnificent building. Bromo thus became the supreme jazz players.

Kemenuh village is located in sukawati, gianyar, bali. This beautiful village holds the potential of nature tourism, natural and spiritual which are so compelling, fascinating and original. Around the 70s kemenuh was a center for statue crafts in bali, even now we can still see the strong sculptural activity in daily life kemenuh. There you can find the realist styles, contemporary sculptors, or wooden crafts produced for mass consumption.

You can also still find high quality works of art from the maestro sculptors such as Ketut Tulak, Ketut Jedeg, Ida bagus ketut Ketut Lasem, etc. Their skills are hereditarily inherited to their descents, so the uniqueness of statues in the village becomes special identity, different with other sculptors outside kemenuh. In 2011, the village was proclaimed as one of the village cultural tourism in bali.

There is a waterfall called Tegenungan in kemenuh Village. It is a part of Petanu river flowing among the village. It reaches to the height of up to 20 m. the beauty of it in between green rocky walls can be seen from the first stop point where you can find local stalls serving food and beverages. Tegenungan waterfall does not only become an attraction for domestic or foreign tourists, local people also often visit this waterfall.

This tourism object complete infrastructure. It is also a clean and safety place to visit. It is a perfect spot to take the pictures in many places around the waterfall with interesting and challenging angles. Visitors are not allowed to swim in the area of waterfall, due to the deep trough. Visitors can swim or play in the water along the side of the river or in the public bath nearby.

For a long a time, kemenuh village is famous for its woodcrafts. Besides working as farmers, half of the people work as woodcrafters. Dance and percussion art for the people of kemenuh is part of their daily activity. This can be seen from the presence during rituals in the temple. Such as Rejang Dewa dance, Baris Gede dance, as well as the Wayang Gedog performance and other type of art.

With its strong cultural root, there are some historical sites that can be found in Kemenuh village, such as Gandalangu temple, Penganjengan and Alas Arum temples, Dalem agung Kemenuh temple,and Pemuteran temple.

About 28% of kemenuh is agricultural is agriculture area, managed by Subak Pengiyangan. From this subak  system you can learn a lot about agriculture system in Kemenuh village and the water tunnel routers used for ricefield irrigation. The local community, supported by the regional government,made this tunnel around the 1970s.

The temple in Kemenuh Village are preserved and managed by 6 traditional villages and each temple has their own ceremonies. Become a part of these traditional ceremonies, surely will become an unforgettable cultural experience. Kemenuh village has a bailan, traditional or spiritual healer, Jero Mangku Ngurah Malen. He believes that people get sick because there is bad energy in the body.

Kemenuh village serve some place to stay like hotel, homestay, villa and also resort which can increase income for the district and the people there. There are also warungs (local food stall) or restaurants which sell Balinese traditional food. Kemenuh people also make some woodcrafts and stonecraft which attract tourists to buy it.

Although the number of tourists visiting Bali quite a lot, average tourists visiting Bali mostly just visit the common tourist spot, such as beaches. Only a few visitors who visited the tourist village. because of the small number of government promotion. Despite the many tourist who visit Bali, but it is at least less in terms of solving problems in the Indonesian economy. needed some place else to develop tourism as East Java and West Nusa Tenggara, together with Bali to develop the tourism industry so that it can improve the Indonesian macro economy.

The next place that we choose in golden line is Lombok island. Lombok is one of the island in Indonesia that have many beautiful beaches, one of them is Tangsi beach or mostly known as Pink Beach. If we talk about lombok, mostly mentioned is gili trawangan, kuta beach, and etc. People rarely knew about Tangsi beach because tiny information and promotion by local government them self.

Because, not many people knew about its existence also its location is quite difficult to be reached made this place is like hidden paradise. Why it called Pink beach? Because, the color of the sand is dominated by pink color. Most beaches usually have white or black sand, but Tangsi beach have pink sand that making it distinguish than any other beaches. The pink color of the beach was said to derive from the fractions of coral reefs, named Homtremarubrum, which mixed with white sand of the beach. As previously mentioned, the infrastructure around the beach is inadequate. It is quite difficult to reach the beach by a car because most of the roads are damaged.

There is no resort for tourist to sleep over, no equipment like snorkelling or fishing equipment, also no restaurant. The government should pay more attention about developing of the beach. Because, developing infrastructure will attract more tourists to visit the beach, so regional revenue will increase.

We give a solution for government to developing infrastructure around the beach. Just build one travel agent that would give all tourists needed. It includes resort, tour guides, restaurant, and all of the tourist need. The more popularity the beach get will impact for people surrounding. People will be more creative to open business like particular merchandise that only you can get in pink beach, food stalls for tourists to taste traditional food and others. Indirectly, will increase the regional economy.

Starting in 2014 the government began to promote the improvement of the infrastructure in a pink beach with budgeted funds of 3 billion dollars to shore pink. It is intended that the visiting tourist no longer have difficulties to stay, looking for food, or snorkelling at the beach. In 2013, the pink beach attracts many tourists both from domestic and abroad mindless beauty and uniqueness of its pink sand.

However, because of the limited infrastructure available so  many tourists are put off to visit this exotic place. With the development of infrastructure in the pink beaches will begin to be implemented early 2014 is expected to attract more tourists visiting this beach. With the rise of the travellers will also increase the area of foreign exchange.

Tourism is one of the largest foreign exchange earner for the country of Indonesia. Still the mainstay tourism sector for Indonesia to improve the country’s foreign exchange. But the rise and fall of foreign exchange is also determined by several factors. In addition to continuing to do promotions overseas, we also have to review, refine, and also take care the tourist spots in Indonesia. Indonesia’s potential in the tourism sector is very large because many beautiful places, unique, even only in Indonesia that can be developed. However, we should still preserve the cultural and tourist attractions so that their natural habitat is not damaged  and  well  maintained.  Security  is  also  a  factor  that  must  continue  to  be  considered  by  the government, given the security for tourists in Indonesia is still very vulnerable. By rapair these deficiencies, Indonesia is expected to increase tourism sector will also donate the Indonesian economy

With the golden line that has very large prospect will indirectly affect the indonesian macro economy. indonesian macro-economic are still adrift in instability. the rupiah weakened against the dollar and depence on other countries, which proved the vigorous import done by government. so, with the golden line we offer excellent solutions for these problems. Increased income from international tourist, will boost indonesian gross domestic bruto. and in accordance with the vision of indonesian tourism that make indonesia as a world-class tourism destination, highly competitive, and sustainable. 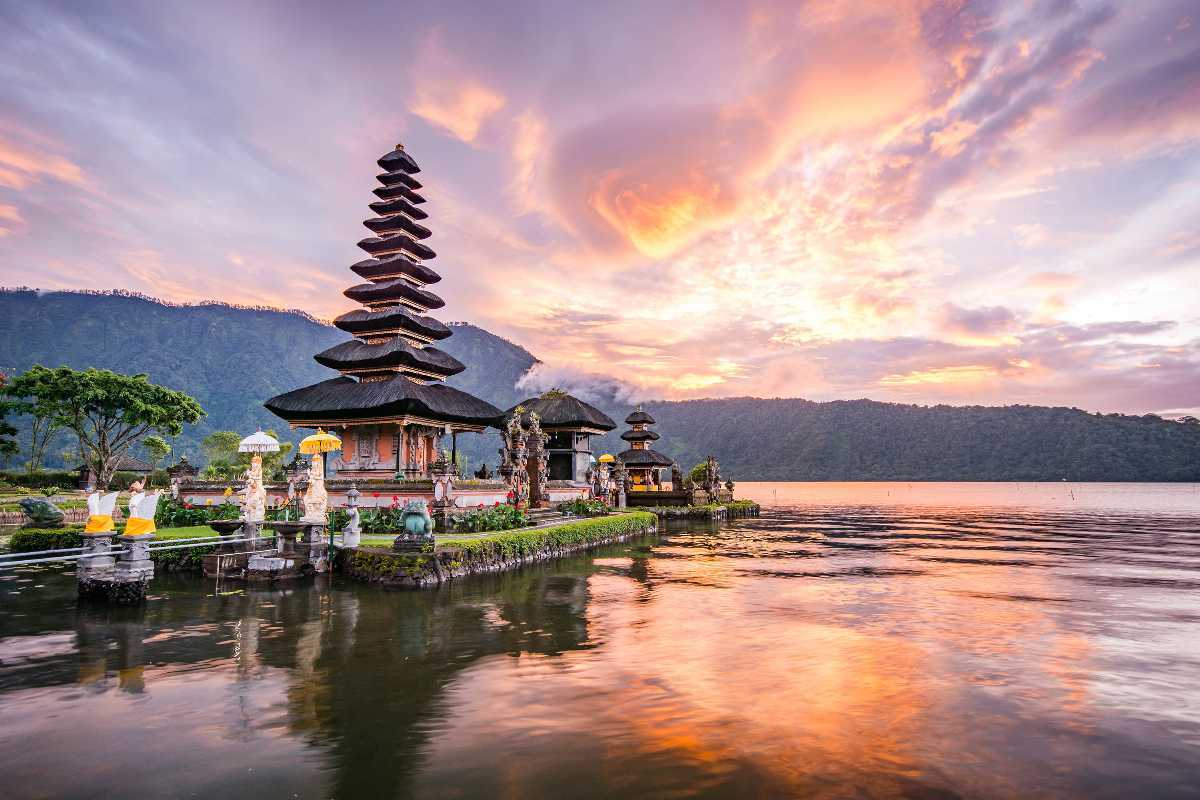