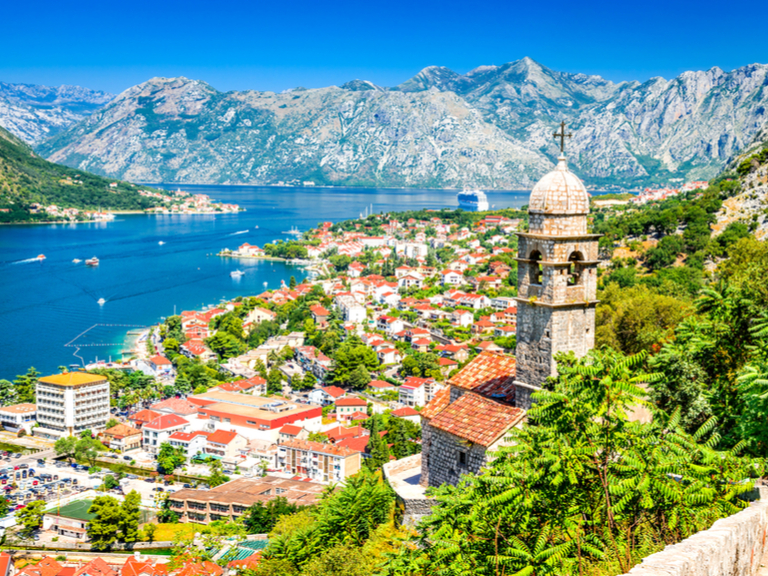 Nature and natural resources of Balkan

The Balkans are the historical and geographical names used to describe South-Eastern Europe. This area covers a combined area of 550,000 km2 and a population of about 53 million. The mountainous Balkan region stretching from central Bulgaria to eastern Serbia

The Balkans, also known as the Balkan Peninsula, have names in the following regional languages:

Sometimes the Balkans refer to the Balkan peninsula which is surrounded by the Adriatic Sea, Ionia, Aegean, Marmara and the Black Sea of the southwest, south and southeast.

Where there is no model peninsula because it does not have the isthmus to link it to continental Europe, this definition is often used to indicate a larger area.

A clear introduction to the Balkans provides as much general history as decomposition and rigour on mountainous geography. This region was eternally on the border of a great empire, its history was dominated by war, upheaval, invasion and aggression between empires, from the Roman Empire to the last war of Yugoslavia.

The tendency to secede in the competition of political entities gives rise to the term balkanization (or membalkankan). The term Balkan generally implies a relationship with violence, religious conflict, ethnic unity and understanding of the interior.

To get to Istanbul, transit from Venice using the Turkish Airlines plane. The plane took off at night and arrived at Istanbul Ataturk International Airport the next day.

After about 2-3 hours of transit, the journey continues between Istanbul and Marco Polo International Airport in Venice, Italy. Arriving in Venice, you will be immediately taken care of by the guide and head directly to the restaurant for lunch. Then head to the city of Venice by visiting Piazza San Marco (classic Italian architectural building), St. Mark’s Basilica (a classical white church with golden accents and five domes inspired by Byzantine architecture), the Grand Canal (icon of Venice, its shape resembles the letter S and is decorated with several bridges built in the 12th century.), Bridges in Venice (Ponte Degli Scalzi Bridge, Rialto Bridge and Ponte Dell’Academia Bridge, the most beautiful wooden bridge. Become a charming place of photography and become a pedestrian link.), and finally the Market of Rialto (traditional market in Venice offering different types of fruits, vegetables and snacks). From Venice, we will travel to Koper, Slovenia, for hotel check-in, dinner and dinner. to rest.

After breakfast at the hotel, you will start with the city of Koper, the oldest and fifth largest city in Slovenia. We will visit Tito Square (the field or square in Slovenia, named after the first Slovenian president), the pretorian palace (currently, the palace is used for government buildings and wedding reception buildings, built in the 15th century in Gothic style) After that, we will have lunch in a local restaurant with the Assembly of Islamic Organizations of the city of Koper with a cultural show. The President of the Islamic Organization of the city of Koper will attend the ceremony. We will then head to the city of Rijeka, Croatia, which is a port city with tourist sites like beaches, shops and the most important is the Islamic center of Rijeka. The peculiarity of this Islamic center lies in the fact that the building resembles the Keong mas theatre of TMII. Once the visit is over, we will return to Zadar, Croatia, for dinner and rest.

Breakfast at the hotel, then begin the tour of the city of Zadar by visiting The Sea Organ (an object of its architectural located in Zadar, Croatia, and experimental musical instruments, which play music through ocean waves and tubes located under a set of large marble staircases. ), then visit Katederal Zadar (a Catholic cathedral located in Zadar, Croatia, in the centre of the Archdiocese of Zadar and the largest church in all of Dalmatia (coastal region of Croatia). Once the tour is over, head to the city of Makarska for prayer, lunch and pictures in the city of Makarska. Then the journey continues to the town of Mostar, Bosnia, to check in and rest.

Today we will visit the city of Mostar, the most beautiful old city in Bosnia and Herzegovina. Visit the old Stari Most Bridge (built by the Ottoman Empire in the 16th century). It is one of the most well-known symbols of the State of Bosnia and Herzegovina and is also considered the finest masterpiece of Islamic architecture in the Balkans. ), The Cejvan Cehaj Mosque (1552) (is the oldest mosque in the city of Mostar. A madrasa was built in the same complex), The Old Bazaar, Kujundziluk (the old name of the market comes from the name of a traditional steward and sells it to Jalan In this former market, sellers can still find original paintings and objects bronze representing Stari Most), the Koski Mehmed Pasha Mosque (1617) (open to the public. Visitors can enter the mosque and take pictures without having to pay. Near this mosque you will find the Tepa market, still crowded since the reign of the Ottoman dynasty), you will have the opportunity to talk The mostar souvenir shop Finally, visit Buna in Blagaj Tekija, a beautiful place for Sufis. After that, we will pray and have lunch in Mostar, and the journey will continue to Sarajevo, Bosnia. When you arrive there, you immediately check in at the hotel and rest

Today you are in the capital of Bosnia and Herzegovina, Sarajevo. Located on the outskirts of the Miljacka River, surrounded by the Dinaric mountains that stretch from northwestern Italy through Slovenia, Croatia, Bosnia and Herzegovina, Serbia, Montenegro and Albania to the southeast. The tour begins with a visit to Trebevic Mountain to enjoy the beauty of Sarajevo in the morning using a cable car for 40 minutes. Continued visit of Srebenica, a mass grave of Bosnian Muslims, for two hours. Pilgrims can visit the Srebrenica-Potocari Genocide Memorial and cemeteries a few kilometres from a village in Potocaro. Then have lunch at a local restaurant, pray and discuss the Srebrenica tragedy for about two hours, take pictures and exchange memories. After today’s visit, we will return to the hotel for dinner and rest.

Today we will be the second round of the city of Sarajevo by visiting the Sarajevo History Museum (containing the history of Sarajevo from 1878-1918, which includes the assassination of Prince Franz Ferdinand in 1914, which triggered the First World War), then there was the Latin Bridge, the Old Town and Bazzar in Bascarija, as well as the Gazi Husrevbegova Mosque (a mosque built in the 16th century by the long-standing Ottoman dynasty and became one of the best buildings ever built by the Ottomans in the Balkans), the old Orthodox church (the oldest Orthodox church in Sarajevo, dedicated to the angel of Michael and Gabriel), the Cathedral of the Sacred Heart and the Sephardic Synagogue (is a Jewish place of worship built in 1581 with the help of Beylerbey Sijamush Pasha, Turkey, to help a very poor Jewish community in the city of Sarajevo, after this lunch and prayer. Then the journey continued to the city of Travnik, Bosnia, and visited the Serena Mosque (1816) (also known as the Sulaiman Mosque, as it was created during the reign of Solomon Pasha Skopliak (Ottoman). Tower of Travnik and Blue Water (Plava Voda). We will go to the city of Jajce for lunch and prayer, then we will go to the city of Sanski Most for dinner and rest.

On this day, you will encircle the entire city of Sanski Most, which is the center of Islamic civilization at the time of Sultan Mehmet Al Fatih. We visit the Hamzibegova Mosque (built around the 16th century and is the oldest mosque in the city of Sanski Most, after the war of 1991 was built kemabli and now very beautiful), then the mosque and monument Sultan Mehmet Al Fatih. We will also see the beauty of the Bliha waterfall and the Sana River (the largest city of Sanksi is called the river town, as the beautiful and clear Sana River runs through the small town of 50,421 inhabitants). After the visit, we will have lunch at the local Restaurant Sanski Most and attend traditional dances. Then pray and continue with the appearance of the traditional culture of Sanski Most. After that, the program was free and continued with dinner and local cultural performances.

Day 10: Arrival in your country

You’ve arrived in your country. Thus, Semananjung’s trip to the Balkans. Good trip. Your trip.